Mountain Lakes Family Dentistry is a family dental practice that wants to treat all members of your family. We pride ourselves in providing personalized dental care, which allows us to provide high-quality dental services for our patients. With comprehensive treatment planning, we strive to help all our patients achieve the maximum dental health benefits. In case of any emergency, we will make every effort to see you as quickly as possible.

Preventive care and education are very important concepts when it comes to optimal dental health. Understanding the problem of dental issues allows you to change your dental health knowledge to become a much healthier patient. We place emphasis on thorough oral examinations. These exams include routine cleanings, flossing, radiographs, fluoride, and an oral pathology exam. All are very important factors in preventing and correcting dental disease. We focus not only on the beauty of your smile but your overall health as well. Reviewing your medical history helps us stay informed about your medical health and any issues related to your dental health.

Your dental health is important to us, and as dental health professionals, we want you to be confident in our training and expertise as skilled clinicians. In order to maintain the high level of service and results that you demand and deserve, we are continually updating our education by participating in dental lectures, meetings, and conventions so that we remain in full awareness of any new techniques, products, and equipment that become available so that we can provide the highest level of care for our patients.

We want to build a foundation of trust with our patients so that you will have less apprehension about visiting the dentist. Some people naturally feel uneasy about dental visits, so if we can help make your experience be a relaxing and positive one, we have accomplished a major goal. Each of our staff members is dedicated to making sure that you have excellent personalized care in order to make your visits as comfortable and pleasant as possible.

We appreciate your faith in us and thank you for the opportunity to take care of your dental needs. 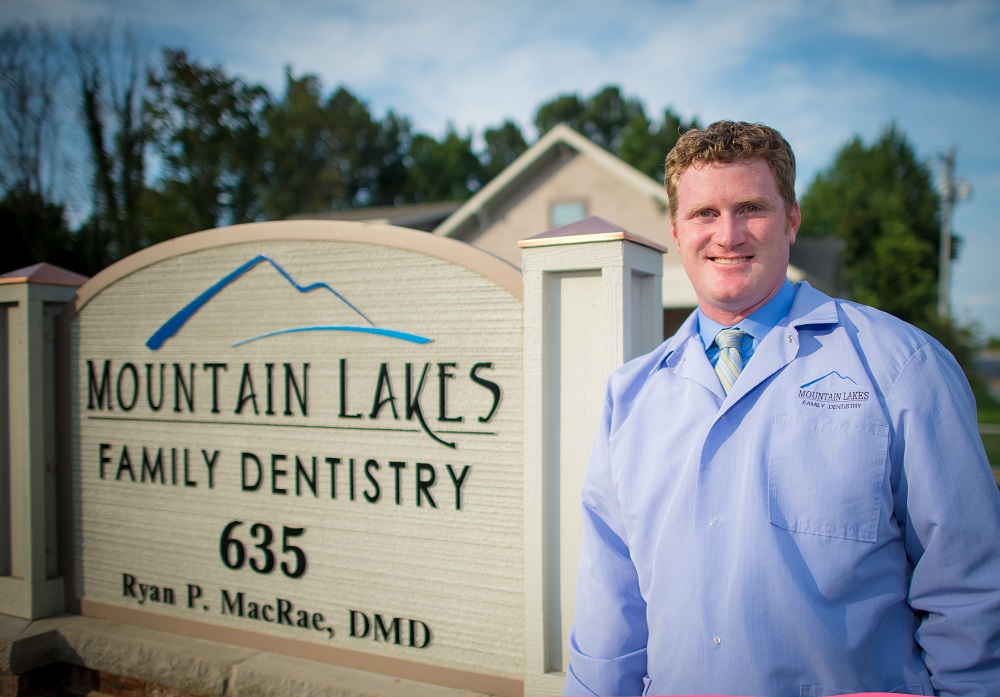 Dr. MacRae met his wife Kristy while at Queens College. They were married a year after graduation from Queens. Ryan was a member of the soccer team, and Kristy a member of Kappa Delta sorority and ran for the cross country team while at Queens. He is also an avid water skier, loves to run in and around Clemson, and hikes locally with his family. After graduating from Dental School, Kristy and Ryan decided to come back to the upstate to enjoy being close to family and playing in the foothills of the Appalachian mountains and surrounding lakes. Ryan and Kristy have three children Emma, Katelyn, and Sullivan.